At the Border: An Immigration Policy Shaped by Cruelty

October 20, 2019. A small group gathers in the First UU sanctuary for vegetable beef soup and this month’s social action speaker. She’s been to border detention camps and although she’s bound by a confidentiality agreement and can’t name people or facilities, talk to the media, or publish any of her findings in written form, she’s willing to talk to us about what she’s seen.

Out of an abundance of caution, I won’t name our speaker. She’s fearful that the work she does for a group that monitors Flores law compliance will be halted if there’s even a whisper that the confidentiality agreement has been violated. Her organization monitors the 1997 Flores settlement requiring the government to release children from immigration detention to their parents or other adult relatives without unnecessary delay. It requires immigration officials to give detained minors a certain quality of life, including food, drinking water, toilets, sinks, and temperature control. The law also states that children can be held in detention for no more than twenty days. Our speaker served as a translator and visited four detention facilities.

She opened with a brief history of violence in Central America. After 9/11, our country turned its attention from drug wars to the war on terrorism, empowering drug lords and leading to the escalating cycle of violence that accompanies the estimated $100 billion drug trade between the U.S. and Central America. In El Salvador, 75% of homicide cases are not investigated. In Guatemala, more than 90% of rape cases are never prosecuted. What does that mean for families? In the Northern Triangle (Guatemala, El Salvador, and Honduras), there has been a 2249% increase in the number of people who have sought refuge in surrounding countries. In Guatemala and Honduras, there are over two million children out of school.

The surge of migrants started during the Obama administration but children were released almost immediately to parents or family members. Children come with phone numbers; reunification is not an impossible task. The current administration seeks to hide children, hold children, or adopt them out — cruelty being the point. Cruelty being the means of deterrence. According to our speaker, our president reduces the number of refugees at our border with human rights violations.

And then our speaker wept with the remembrance of the magnitude of cruelty. Children are being kept in 40-50 degree temperatures, AC units constantly roaring. Children call it the “icebox.” The lights are never turned out. Guards walk through the facilities two to three times nightly, calling through bullhorns to take the roll. Our speaker speculates that these practices confuse children as to the passage of time, and because the numbers children are assigned give no clue as to entry date, children are held longer than the 20-day maximum required by law.

She says people of faith can’t possibly be okay with this treatment so they convince themselves it’s not true. In turn, our government believes we don’t care and continues the mistreatment.

What can we do? Challenge those who say all refugees are criminals or bad parents. “That’s not true” is a powerful statement. Sponsor children or families. Donate money to organizations representing migrant children. Write or call government officials to demand better treatment for migrant refugees. First UU will be directing their November Write Here! Write Now! letter-writing campaign to the support of refugee resettlement.

“Storm the compound,” suggests one of the attendees. Her response, she would like to but the facilities are guarded by razor wire and automatic weapons. She’s unlikely to succeed. 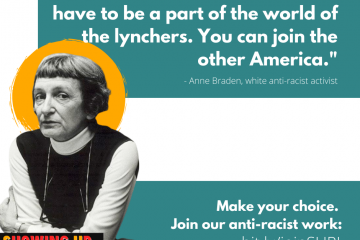 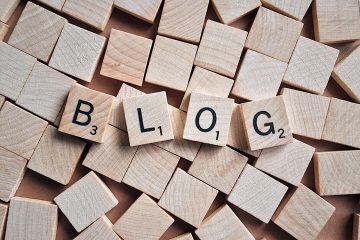 Pronouns: Getting Past Bewilderment

When I was a teacher of grammar, I prided myself on my ability to get my students to match pronouns with their antecedents, the nouns that precede the pronouns. I did a victory lap when Read more…

“Spirituality,… , doesn’t rule out what reasonable people think of as God or the supernatural, nor does it ignore what science currently tells us; it lets you be you and me be me, as we Read more…