The Grace of Unfolding Moments

Was unaware, even, of their possibility

Some of them bringing great joy

So many of them begging the question

How did I get here?

How did we get here?

Much of the time I go about my business, doing all the things I know to do, holding on to the illusion that I’m in complete control of my life and the possibilities that lie ahead, until I’m not, and it becomes glaringly obvious.

Like in the midst of a global pandemic, with this disease that has no regard for my plans and preparations, and a stark reminder that what is possible for me depends far more than I would like on the choices and actions of others. Thomas Berry has said that the universe is a communion of subjects, not a collection of objects, and most of the time I’m excited about that, marveling in the beauty of our connectedness. But sometimes, when I read about 140 people exposed to the virus at a single business and know that there are more, and when I see pictures of hundreds of people too close together gathered at lakes and beaches this weekend, I cringe at the thought of my health and safety, and that of the people I love the most, being tied to the choices of so many other people.

Last week in the congregational meeting, I read the words of David Whyte that said “I was here and you were here, and together we made a world.” And I read them with great hope. Because I do believe that in every moment that we are alive in this world that we have the opportunity to co-create something beautiful and life-giving for ourselves and for others.

Throughout the month of May, we’ve been exploring the theme of grace together and there have been some really great discussions. If you haven’t joined us yet on a Tuesday afternoon for UU Connections, you should soon. The conversations have been rich, as we’ve dug below the surface of the word grace to parse out what it has meant in our own lives. In my life, one of the greatest graces that I’ve found is the grace of unfolding moments, rich with possibility, some of which comes from my own doing, and some of which is completely outside my control, or even my imagination.

Judy Cannato writes “The mystery from which we come allows us only a glimpse at this point in our evolution. Our holding capacity is not yet spacious enough to embrace it all. But as we enter into each resurrection experience (my translation: unfolding moment), as we simultaneously embrace self-transcendence and self-dissolution, our capacity to hold just a little more mystery expands, and in the experience we embrace a little more of who we are.” That feels like grace to me.

Some of you are probably doing exactly the thing you wanted to do when you were growing up and that’s wonderful, but for others, our life’s work would develop over time, with possibilities unfolding that we didn’t even know existed. I met my college best friend in New York a couple of years ago to catch up and she said, “can you help me understand how you became a minister?” Likewise, I was at a conference of the United Church of Christ, arguably the most liberal Christian denomination in the US, and bumped into my fifth grade teacher. She sat down across a table from me with a look of great curiosity and said, “how does a baptist kid from New Bloomfield end up in the United Church of Christ?” Imagine the questions she would have if she knew I was here in the UU church!

These are good questions! How, indeed? I have come to be incredibly thankful for the opportunities in my life that I didn’t know to plan for and to especially appreciate that the possibilities in my life aren’t limited to what I alone can create or prepare for. Process philosopher Alfred North Whitehead says of the unfolding moment that “the treasures of the past environment are poured into the living occasion.” We each carry with us the treasures of the past environment, knowing full well that we wouldn’t refer to all that we carry as treasures, nevertheless, the experiences are ours, for better and worse, and we carry them with us, but the place where we show up with them, which Whitehead has called the living occasion, is a place where we’ve never been, a place where other people’s treasures mixed with ours and forces completely out of our control shape what is possible.

I learned of Alfred North Whitehead and his process philosophy in seminary, and suddenly the world made more sense to me, and my participation in it took on a whole new meaning. What if I took seriously that idea that I was a co-creator of the possibilities in this world, not just for myself, but also for all the beings with whom I’m connected? What if we all, and the world that we inhabit, are continuously becoming, and your becoming affects my becoming, and together we can become something that we have yet to even dream.

This of course, can take turns for the better and the worse, as we’ve seen in the last few years, when a new boldness in oppressive and bigoted behaviors has highlighted the fact that some of what we thought was progress was really just a movement of those behaviors to someplace below the surface for a time. What this tells me though, is that we also have the ability to become something much better together. In these last few months, I’ve observed actions and behaviors that seem utterly ridiculous to me and even harmful, and I’ve also seen incredible good. I’ve seen people reaching out to their neighbors that they may not have even known before we found ourselves where we are today. I’ve seen collaborations between organizations that were previously in competition with one another, where they’ve put differences aside to serve a common good. People have come to see themselves as co-creators of a world where we don’t just leave those in need to fend for themselves.

I’m thankful for ideological frameworks that give us the language of co-creation. So, when I need to remember that there are possibilities beyond what I can see in this moment, I try to see the world through the lens of process. Process thought is attitude and outlook on life, a way of interacting with and feeling the presence of the world and responding with creativity and compassion. It is concerned with the well-being of individuals and also with the common good of the world, understood as a community of communities of communities and sees the world as a process of becoming.  It sees each living being on our planet as worthy of respect and care.  (that sounds like a UU principle to me)

When I think about the grace of unfolding moments, I am drawn to three important principles of process thought or process theology (if you’re a theist). I want to share them and invite you to reflect on them in the coming days in your own life.

1.     Process: The universe is an ongoing process of development and change, never quite the same at any two moments. (Heraclitus observed 2500 years ago that you can’t step in the same river twice. Indeed as his student Cratylus argues, you can’t even step in the same river once. The river changes even as we step into it, and so do we.) Every entity in the universe is best understood as a process of becoming that emerges through its interactions with others.  The beings of the world are becomings.

Continuous creativity is the principle of process that is giving me the most hope right now. It is a force that I believe is always beckoning or luring us toward a good or a fullness toward which we didn’t even know to strive.

Denise Levertov wrote in the poem, The Tide:

In pockets and musselshell hillocks, before

A stuttering, through dreams, of

Lobsterboats going out, a half-

Returns to us, a turning

From light towards more dreams, intelligence of

What pulls at our depths for

I am thankful today that there is something outside of us, pulling at our depths for design, luring and beckoning us toward something greater, something more harmonious, something ever more beautiful.

The grace of the unfolding moment is that what we have done matters, and yet, it isn’t the only thing that matters. There is grace in the fact that I have agency to co-create the unfolding moment, but that it doesn’t rely fully on me. Because, the truth is, once in a while I don’t make the best choices in the present moment!

And so we attend to the present, with all that we are and all that we have, because the becoming of our neighbors and our world is bound up in our own becoming. The mystery from which we come allows us only a glimpse. Our holding capacity is not yet spacious enough to embrace it all. But as we enter into each unfolding moment we embrace a little more of who we are, individually and collectively.”

May it be so. Blessed Be and Amen. 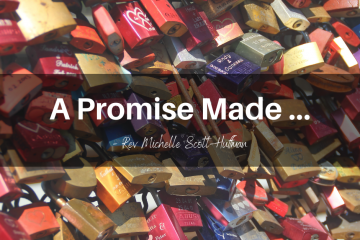 by Rev Michelle Scott-Huffman A promise made is a promise ____? Kept? Broken? Renegotiated? Discarded? Renewed? As humans living in a world in relationship with other humans, we spend a lot of time negotiating relationships. One Read more… 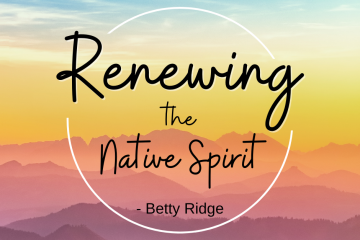 by Betty Ridge Our opening words this morning are “Territorial Acknowledgment,”by Sean Neil-Barron. We gather together as a community of seekers,to honour the interdependence of life,to respect the dignity of all,and to honour the land Read more… 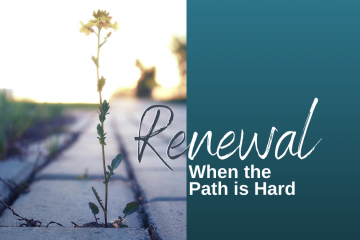 Renewal When the Path is Hard

What are those things that support renewal even in a hostile environment? In a normal year, it might be sufficient just to spade the soil. This year’s rocky conditions call for the dynamite Rev. Michelle Read more…